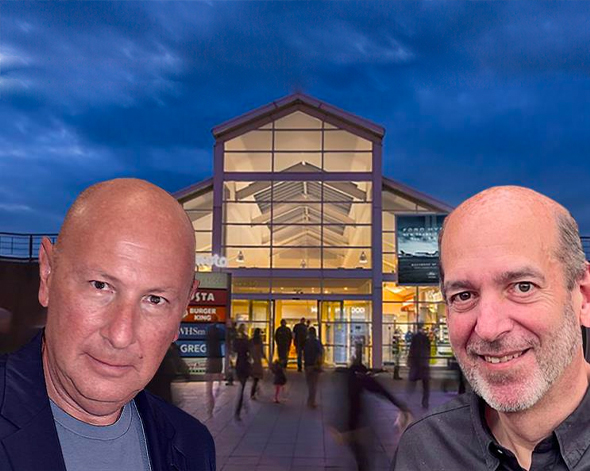 Jonathan Lewis, the former boss of Outdoor Plus, and Stephen Allan, the former global chief executive of MediaCom, confirmed their investment to Campaign after Companies House filings showed they are directors of MSA Advertising, which has bought a stake of more than 75% in Admedia from Jonathan Naggar, who retains a minority stake.

Lewis and Allan said there was a big opportunity to increase Admedia’s revenues from its estate of about 140 motorway service locations because of a number of factors: digitisation of its largely analogue ad inventory, more experiential marketing, greater customer and vehicle data, and the electrification of cars as people will need to stop for longer to recharge them.

“I see this as taking a mature and fairly conservative business and putting some rocket fuel in it,” Lewis said, adding that motorway services areas were attractive for advertisers. “There’s a captive audience that’s hard to get, that’s been media starved for two hours, with big dwell time [that will grow as electric vehicles become the norm].”

The plan will be to rapidly transform the inventory to digital

Lewis, who has become chief executive of Admedia, knows the company well as he was a non-executive chairman and director of the media owner in the past.

He founded Outdoor Plus in 2006 and digitised much of its estate. He sold a stake to private equity in 2016 and then the whole business to Global in 2018, before exiting in February 2020.

Allan is an agency heavyweight who worked at MediaCom and its predecessor, The Media Business, for nearly four decades before stepping down from the WPP media shop in June 2020. He has become an adviser to Admedia and a director of MSA Advertising – his first notable industry move since leaving WPP.

Allan, who was a director of MediaCom Outdoor and The Poster Business in his old job, said: “What really excites me is I’ve always been a big fan of out of home, particularly digital out of home, because it is has got so many utilities and ways in which it can be used.

“DOOH is becoming more precise and you can do many more things with it with data,” he said, citing vehicle number plate recognition as an example. “With capital expenditure, the plan will be to rapidly transform the inventory to digital and when you combine that with the data that is being collected, you get something really interesting.”

Admedia’s existing estate is a mix of around 1,300 six-sheet posters and screens and 6,000 washroom panels, plus about 50 large-format digital screens in and around the motorway service area – with around eight million weekly visitors.

Lewis acknowledged that some critics have described washroom panels as “toilet media”, but he pointed out that it could still be a good place for some brands to advertise because it offers a “private moment” and is divided by gender.

Motorway service areas have also moved on a lot from the days when they served “egg and chips” and now attract a lot of major brands such as Costa Coffee, Marks & Spencer, McDonald’s Waitrose & Partners and WHSmith which operate retail outlets, he noted.

The pandemic has also led to more private car usage and “staycationing”, rather than holidaying abroad, according to Allan.

Looking to the future, they said experiential marketing – for example, letting consumers try out a product or service – “is going to be a key part of the offering” as dwell time increases because of electric cars.

Naggar, who set up Admedia in 1995, said it was a good time to sell to Lewis: “I’ve been able to take the business to a certain stage and I’ve got a big digital roll-out ready to go and he’s got the rocket fuel to turn that into a reality.

“It’s been a long journey, building up the business over the years with two great managing directors, Mick Tedder and Phil Daniel, and the rest of the team. Jon has bought into not only the business but also the team.”

Industry observers claimed the price tag for Admedia could have been as high as £25m, although some of those directly involved dismissed that number as inaccurate. Lewis, Allan and Naggar all declined to comment.

Asked if he was looking to create another Outdoor Plus, he said: “I don’t think I’m looking to replicate anything. This is a business in its own right that makes sense.

“What I didn’t want to do is traditional roadside. The market is already populated by four significant players [Global, JCDecaux, Clear Channel and Ocean Outdoor] and I didn’t think I could make a difference and be relevant and stand out. For me, it’s not Outdoor Plus part II. It’s Admedia part II.”

Further acquisitions are not yet on the agenda. “Sat here today, probably not,” he said. “We got a big job to do. If we transform this business successfully, we could either look at motorway services aboard or other environments where the combination of display, experiential and data can be properly merged for the advertiser’s benefit.”

It is understood that Lewis, Allan and Naggar are the largest shareholders. The other investors are also private individuals.

This article appeared in Campaign on August 11, 2021